STAYTON, Ore.–  Stayton has seemed to have something going rthythm wise following their 56-23 rout of Molalla Monday night at home.

The sense of gelling and cohesiveness of them as a team has improved through their first seven games of the season entering their last game before the Christmas break versus Siuslaw on the road Tuesday, taking full advantage of the preseason slate to try to adjust to their new roles this season.

“It feels so good, I mean that’s the whole point of preseason right?  Just feel it out and just get use to your team.  I don’t know it just feels great, we all know our roles.  It’s all clicking and that’s a really good feeling,” said Genevieve Frith on building some momentum entering the week-and-a-half break. “It paves the way for the rest of the season for us.”

The Lady Eagles built a 27-14 lead on the Indians but used a 11-1 third quarter run to all but ice the game up 38-15 entering the fourth quarter.

Frith hit four second half three’s as the Junior finished with 14 points with Stayton connecting on nine three-pointers in the game.  Marri Martinez led all scorers with 15 points and KJ Nyquist added another 11 in the win.  Holli McGill and Emma Storey each had three points coming off three-pointers and Alli Nyquist had five points.

And with them traveling to Florence to face the Vikings Tuesday on the back-end of a back-to-back, the Eagles have four more games left on their preseason slate before opening up league play at Philomath on January 4. 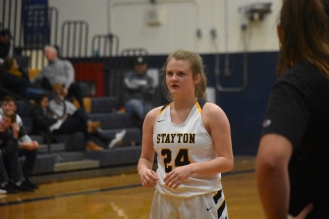 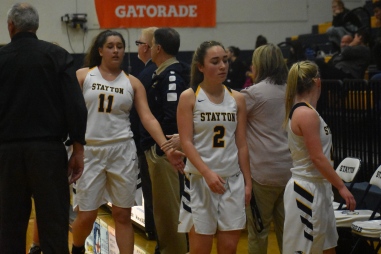 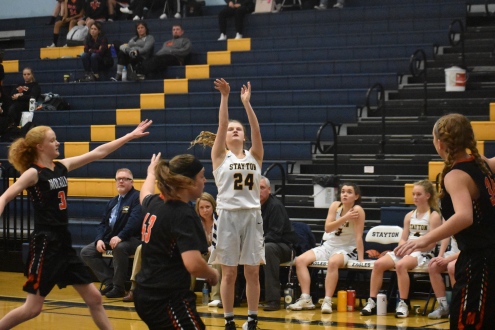