GRANTS PASS, Ore.–  Just when you thought you’ve figured out the North Marion defense out, Trevor Bodine flips the script and throws something new at his opponents and his girls succeeded in running the Triangle And Two defense against Del Norte and Banks Thursday and Friday night.

“Mar (Verastegui) and Mya (Hammack) were playing man-to-man denial, once their player passes away they don’t get it back in theory that was the goal.  Sometimes they did and the other three girls are in a triangle, one girl at the free throw-line, the other two are at the blocks,” starts Bodine.  “So they play, whoever comes into their area and Mya and Mar stay in man.”

The plan was to take out Aspen Slifka and Gracie Nelson from Banks and combat the three headed monster on Del Norte with their post, wing and point guard from doing damage.  The Huskies held Del Norte’s wing and point guard to roughly 18 points combined and off their average of 50-plus a game and challenged Slifka and Nelson the second night of the Evergreen Tournament.

Not to mention holding a Hidden Valley team that scored 76 Friday night versus Brookings-Harbor to 14 first half points Friday with the North Marion defense that continued to roll early in this season.

“The defenses were definitely interesting for us because when we played against Del Norte we ran a completely new defense, something that we’ve never done before and it was completely opposite of what we were taught,” said Raymee Boese on the new looks on defense.  “So going up against Del Norte and Banks when we played that defense, I felt like we were in a lot of control.”

But before team’s could get relax into the new defensive look, the Huskies switched their defense to a 1-2-2 front and adjusted to the shooters of the Mustangs.

North Marion’s offense showed what it can be with their strong defense.  Mackenzie Ulven hit a monster three Friday against the Braves when Banks left her open on an inbounds play as Hammack found her to set up what Bodine called a game-changing three.

Saturday night, Verastegui led the offense with 17 points with Boese and Katie Ensign each having eight points each in Saturday’s game.

Now with one hard tournament down, they got one more before heading to Palo Alto, California with the Abby’s Pizza Holiday Classic at home starting later this week on Friday with them gaining some momentum after this past weekend.

“We had a new defense and I think that worked really well to show that we’re used to it and also too our shooting got a lot better,” said Hammack, who got an All-Tournament nod this weekend with Verastegui.  “Like we’re a lot more comfortable and stuff and were going to need that, so I think we’re just getting comfortable out there on the court which is good.” 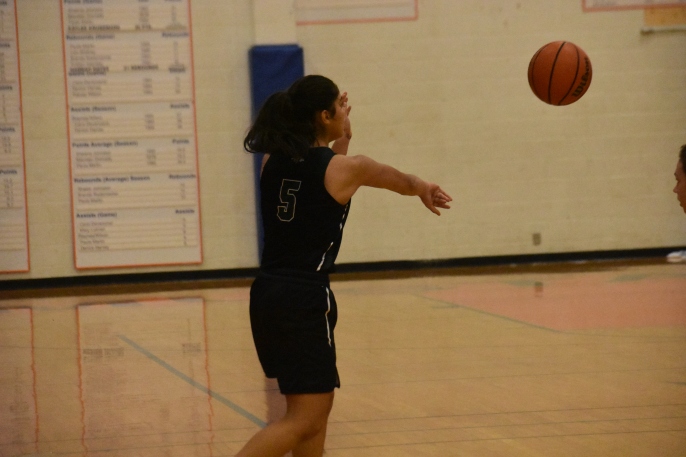 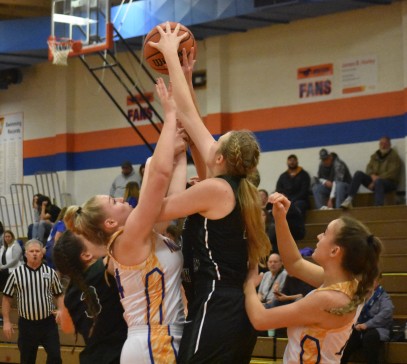 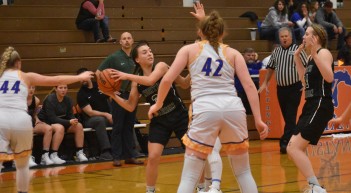 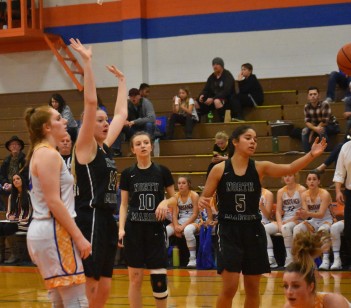 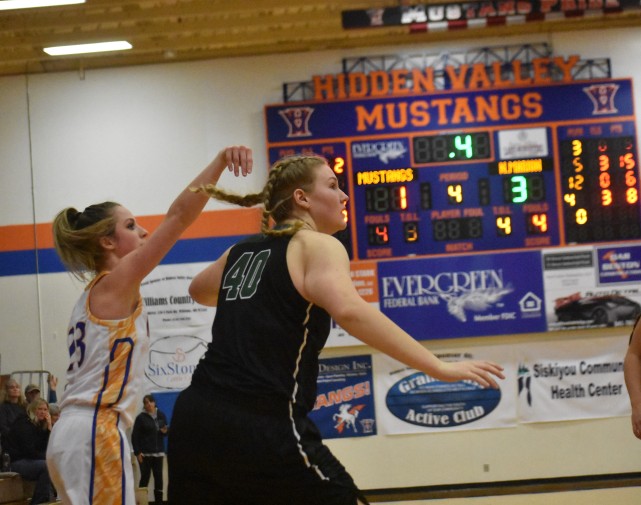