It was a hard-pill to swallow, the Eagles couldn’t believe it with their home scoreboard reading: Seaside 1, Stayton 0.

The lone goal coming in the first half as the physicality of the Seagulls with the Eagles having their opportunities down the stretch to force Overtime with David Rameriz and Kevin Hernandez taking shots as the offense’s confidence build during the second half, nearly unheard of a Chris Shields team coming on that late in the game.

Hernandez, had two shots within feet of the goal that nearly went in as the Stayton forward tried to help him and his fellow Seniors extend their season to at least extra time. But they were stopped before they were able to do so and duplicate their last playoff home game against McLoughlin last postseason to get to the State Title Game.

And when that whistle blew, emotions erupted. Frustration turned into tears and anger knowing what could have been as Seaside celebrated as Woodburn did earlier in the season in Woodburn. Like it was a State Championship Game. Proving they were better then the Eagles.

That’s the expectation for the Eagles, make a deep run and try to get to the State Title Game as they had four times since 2010. But this year, as Shields, Sam Hernandez, Micah Jenkins, Kevin Hernandez and 2018 Stayton Graduate Alex Cramer talked after the game, it was almost like when they lost to Brookings-Harbor two years ago.

A reality check. A reminder that they need to play as one and not as individuals and listen to their long-time coach that has a proven track record of success.

“I mean that year, my freshman year, it was frustrating you know. I didn’t really know that much about the system but three years now, we take soccer serious here and we expect to go far than this,” said Ramirez. “Our goal every year is to go to the finals. But that year, we lost at Brookings we were just angry and that was our mindset every game.

“Play with anger because we don’t want that to happen again. We got outworked and we got to do better.”

They’ll be losing three starters in Kevin Hernandez, Jose Navarro and David Gomez. It’ll be tough to replace them in 2019, but the hope and plan is that guys like a David Ramirez, Carlin Croff, Nolan Cramer and Ivan Pelayo can continue to develop in a positive way to bounce back in 2019.

“It starts right now with training and work this whole off-season, we got to use all of our time and work on everything we didn’t do well and just execute,” said Ramirez.

Stayton finishes the season 11-3 and 10-2 in the Oregon West Conference. 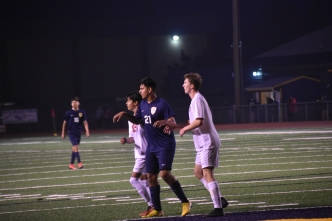 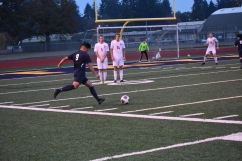 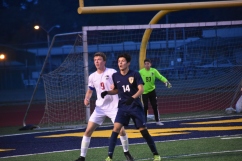