SALEM, Ore.–  Their last game of the Western Christian Tournament was one tough pressure cooker of a game.

The match went three sets for Sheridan and Willamette Valley Christian Saturday afternoon where the Warriors squeaked by the Spartans in three sets where both teams had their chances to pull away from the other throughout the game 23-25, 26-24, 15-11.

Both teams find themselves in dogfights for League Playoff positioning entering the final three games of the season with Sheridan sitting in third-place behind #1 Kennedy and #6 Culver in the 2A Tri-River Conference. Willamette Valley Christian sits fourth in the 1A Casco League behind #1 St. Paul, #4 Perrydale and #9 Crosshill Christian.

So the exposure to this pressure in the Sliver Bracket Championship Game could help the teams moving forward.

“It’s hard, it gets exhausting really.  But we try to push through it, there’s not much we could really do other than fight.  We fought for it,” smiled and laugh Alyssa Campbell on the match. “It’s going to really help us to be more aware of…because we don’t know our rotation so we’re getting use to them now since we got our regular setter back, she wasn’t here this morning.

“So just working in our new setter will help with our following games that we need to win to go to playoffs.”

The setter missing this morning was Eryn Byers as Izika Pacheco got some reps in at setter during the tournament with their games Gervais, Chemawa and Santiam could decide if they go third to sixth in league.  The Spartans, the Wolverines, Delphian and the Lady Cats of Gervais are within three games of one another.

During the first set against the Warriors, Sheridan rallied from 22-20 down to force Willamette Valley Christian into a timeout after the Lady Spartans took a 23-22 lead as they finished off the set 25-23.

Fatigue showed to start the second set before Sheridan battled to take a 4-3 lead following Pacheco’s serve turned into points with the Spartans taking an eventual 13-9 lead on the Warriors.

Willamette Valley Christian stormed back to take a 14-13 lead with both teams trading points before the Warriors took a 20-18 lead.

Sheridan answered with a Madyson Mehr kill and a monster block by McKenzie Wofford to knot it back up at 20.

“I think we were just tired from a long day of Volleyball and we were really, really close,” said Wofford on the set and trying to bounce back.

Wofford was cheering on her teammates when she was on the court, Campbell was making saves in the backline, Emily Rech  helped at the net with Byers, Pacheco, Mehr and company trying to find a way through the fatigue of the second set to win it around them.

But two late scores by Willamette Valley Christian even the match up at 26-24.

The Warriors battled back again from an early deficit as Wofford’s kill tied it at six.  Willamette Valley Christian  pulled away and built a 14-8 lead before the Spartans got to within three forcing the Warriors to use another timeout to recollect their thoughts and try to stop the Sheridan rally.

It worked as the Warriors got the last point to end the match 15-11.

And with Sheridan at 10-11 overall and 8-5 in league, their playoff destiny is in their hands.

“Definitely play our hardest and work extra hard and focus in practice and come back with a great attitude and kick some booty,” said Wofford as they travel to Gervais Monday. 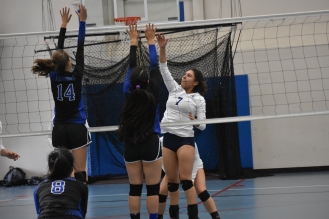 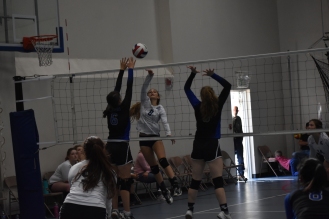 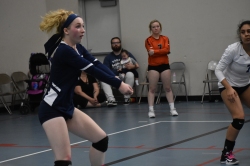