SALEM, Ore.–  With a few of their foreseen starters out like Jonathan Mentado and Leo Figueroa during Friday’s jamboree, the younger athlete’s were given an opportunity to step in to gain some valuable experience at the Varsity-level against Summit, Cascade and Dallas in Turner a few days ago.

Brian Coburn, a sophomore Tight End and Linebacker for the Scots, was one of the youngsters who got the chance to show Head Coach Josh Riddell and the Varsity coaches the hard work he’s been putting in the two weeks leading up to the jamboree.

“It was a different kind of speed than what I was compared to.  It’s a lot harder, it’s a lot faster,” said Coburn on the jamboree after practice Monday afternoon.  “I felt like, for my first game, that if I’m going to be playing Varsity then I’m going to have to get a lot faster and a lot stronger for it.

McKay were practicing on the grassy outfield of the baseball field as one of the soccer teams had their turn on the turf field as the team’s gear up for their first games of the season.

With the soccer teams opening up Tuesday, the football team open up the season at home Friday against West Albany as they hope to work around their big linemen and prevent the Bulldogs from being them deep.

“I think it’s going to be us and the linebackers with their number two’s, getting a hand on them. And our corners, playing lockdown D,” said Ty Kynaston.

And that physicality that they’re going to try to look for is already showing during practice Monday with them going full-pad jack with Figueroa challenging his teammates on one-on-one drills to start off the week.

“It’s a mindset, you got to have that mindset that your going to dominant your opponent,” said Figueroa.

Coach Riddell was vocal about that during practice as he reminded the squad about how the 2017 meeting went as both teams kick off the 5A Special District 3 league season Friday at McKay High School at 7pm. 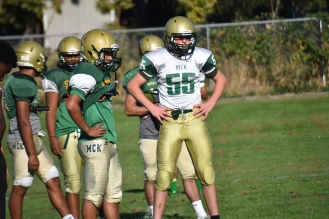 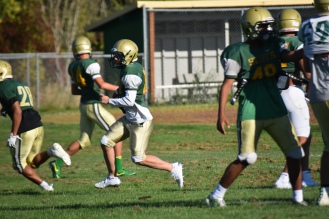 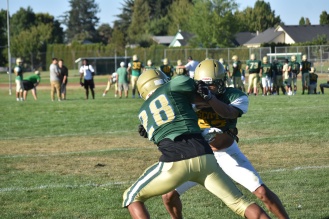