SALEM, Ore.–  Across the Black Turf at West Salem High School, kids were split up by their grades playing in games to close out the first day of the 2018 Titan Youth Football Camp.

After a long 90 minute session that led up to the games saw fundamentals worked on like breaking to the ball and recovering fumbles with Jake Sanderson taking advantage of the interception drill by picking off a pass with the endzone against his back.

“It was fun, it was really fun,” said Sanderson.  “Just getting in the work, everything counts.  Every little thing matters.”

The game Sanderson was in ended in a one-all tie.  To their left, closest to the scoreboard, were the seventh and eighth-graders playing in the same little two-hand touch scrimmage with some of the West Salem Titan Football players.

Throughout the day, Simon Thompson was one of the energy guys on the field as the incoming Titan Senior brought the excitement to the opening day of the kids camp as he remembered when he was in those shoes a few years ago.

“It’s really fun, I’ve been to this camp growing up, third-, fourth-, fifth-, sixth-grade and going to this camp seeing all the old guys.  It really means a lot looking up to these old guys, looking up to them watching them play and then you see them face-to-face in person talking with you, hanging out,” said Thompson on the camp.

And with fellow Seniors like himself and Alex Hulburt in attendance, it’s fun to be able to be apart of this camp one last time said Thompson as they wrap up for the day.

“Being a senior, it’s really fun.  Now I’m really working drills instead of teaching them.  I’m being the voice, telling them instructions on what to do.  Working on social skills and things like that.  You know, a lot of little kids running around, trying to contain them all it’s fun though,” said Thompson.

They broke for the day with offense being the point of emphasis Tuesday at the Black Turf at West Salem High School starting at 6pm. 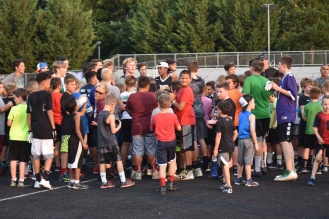 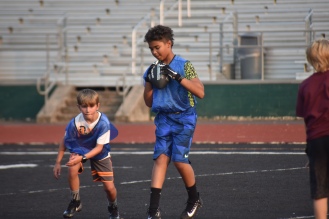 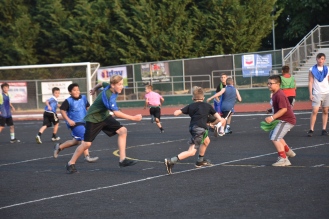 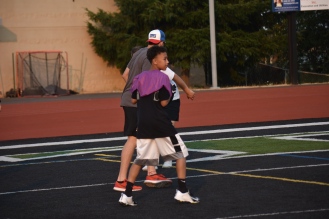 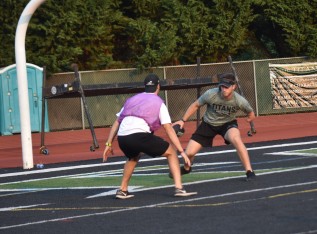 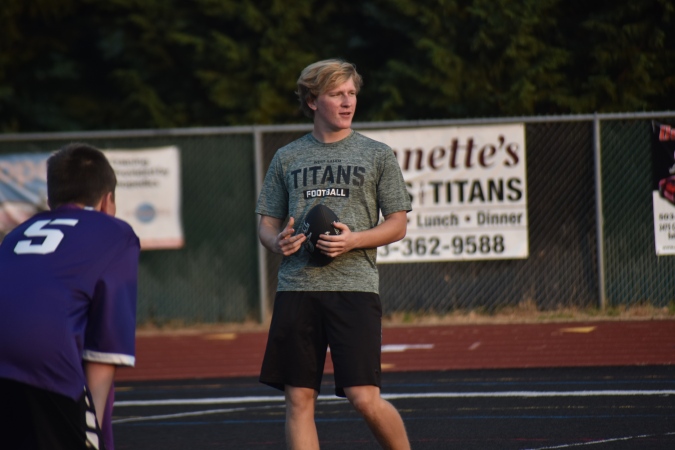 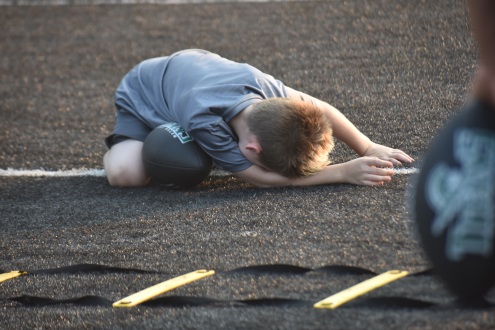 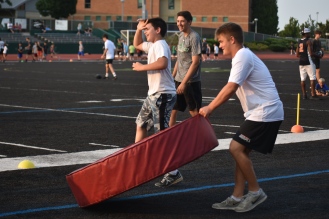 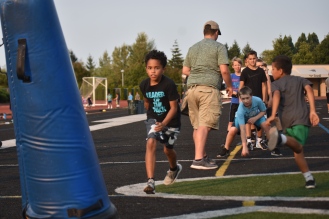 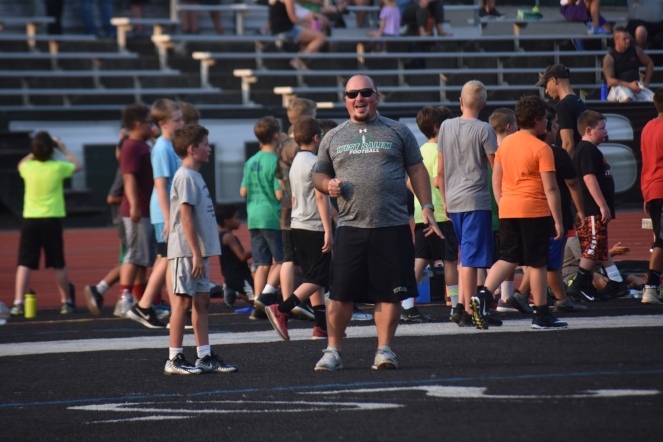 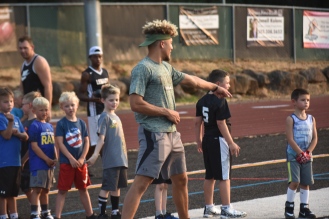 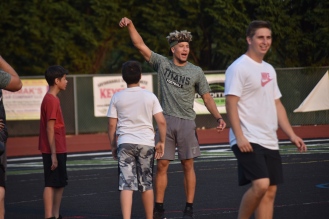