SALEM, Ore.–If the first two innings were any indication of how this game was going to be, then well you know it was probably going to be a good game between two rivals.

By the start of the third inning, it was 6-4 Post 20 after a five-run second inning in response to the four-spot Withnell dropped to close out the first with nerves, passion and the fire driving both teams knowing a higher-league finish in league would mean them hosting a sub-state series instead of traveling for it.

“We knew we could do it against this team,” said Post 20’s Blake Arritola, who turned a circus catch in center field into an 8-3 double play to start the bottom of the second inning. “Like yesterday in both games, we exploded early with runs we needed and we knew we needed to do it again and hold it throughout the whole game, continue to pack on the runs so we won’t have what happened yesterday happen again, which almost did happen.”

It was close though, and looked as if it was going to be a track meet entering the third inning. Kaleb Kantola settled in as Cole Herschbach came in for relief of Cameron Kallhoff in the second inning as the defense seemed to have the coffee kicking in the third or so when the Dirtbags turned double plays in the second and third to cool down the bats of the Dodgers.

Withnell allowed one run over the third and fourth until a pick-off move at first went haywired and a Post 20 run came in to make it 8-4 after 4.5 innings, but the Dirtbags increased their lead to 12-5 entering the seventh inning.

“We definitely had a good first inning and we came out strong but we coasted throughout the reminder of the game and we picked it up towards the end,” said Withnell’s Reyes Luna, who walked twice in the game and caught. “We talked about before how we can’t coast, we have to keep the pedal on teams like this because they’ll take advantage of this.”

Like Game two of the series Thursday at Western Oregon University, the Dodgers began to chip away at the seven-run deficit. RBI single by Sean Webster and a pass ball scored Tanner Sorensen that was followed up by a bases loaded, bases clearing, RBI Triple by Max Long to get the game to 12-10 with two outs on the board and Luna up to plate representing the tying run.

Braden Allison, who was pitching for the Dirtbags at this point coming in for relief for Kantola, found himself down a 3-0 hole to the power hitter in Luna when Luna took strike one looking before sending a deep fly-ball to Arritola. The West Salem outfielder completed the out from the bat of the North Salem catcher to end the game and handing the Dirtbags the series win and the third-spot in the league.

“I think It just comes down to taking the game one-pitch at a time really,” said Post 20’s Jackson Holstad on the game from their end. “Just keeping a level head and staying in the moment, because if you keep focusing on the moment because if you kind of focus on what happen after your AB or the inning, you kind of lose sight of your goal which is win the ball game. So I think just being in the moment is a huge key and was a huge key today.”

As the regular season wrapped up, Post 20 already knows their opponent in North Willamette Valley from North Marion High School at WOU Tuesday while Withnell will have to wait until Area-4 in Southern Oregon finishes their league play this weekend.

And as they wait, the Dodgers know they’ll have to battle their way to State against a team from one of the toughest, if not the toughest, in the State

“I mean it was tough, now we have to travel on the road to get to it,” said Sean Webster, who drove in two runs in Friday’s game. “I’m sure we’ll play a good game we’re a tough team, we just got to be energize. I know we can, we just got to come out every pitch that’s what matters.

“Coaches been telling that to us the whole year and now we have to apply it.” 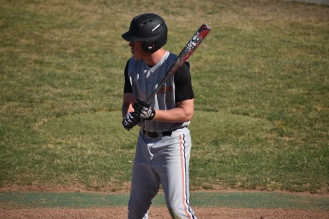 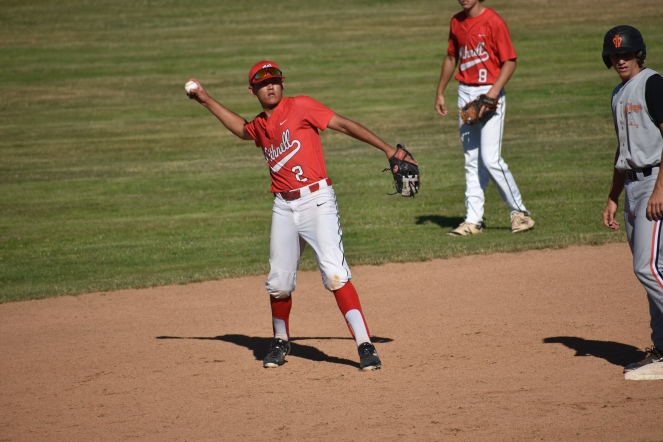 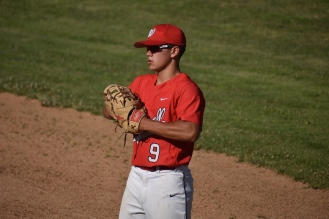 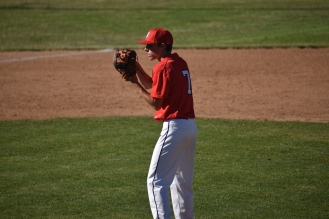 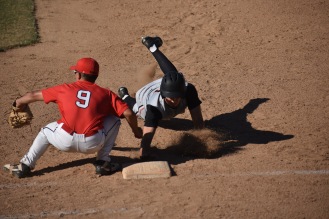 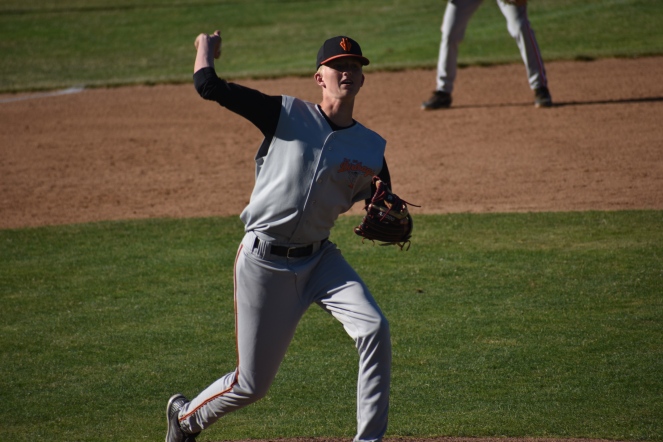 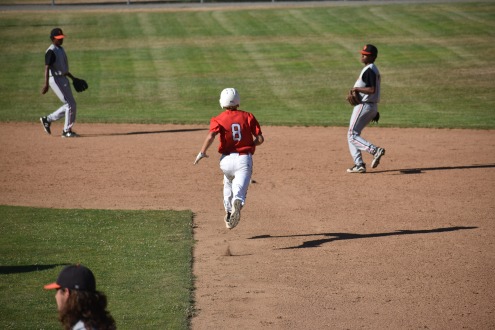 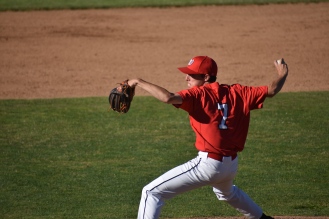 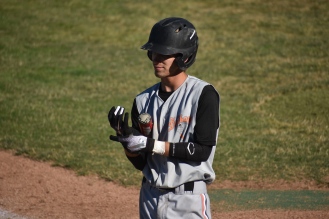 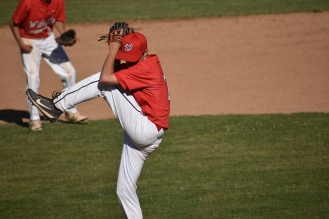 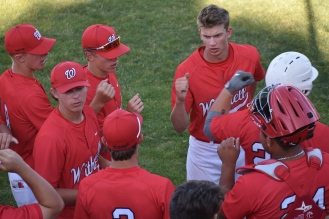 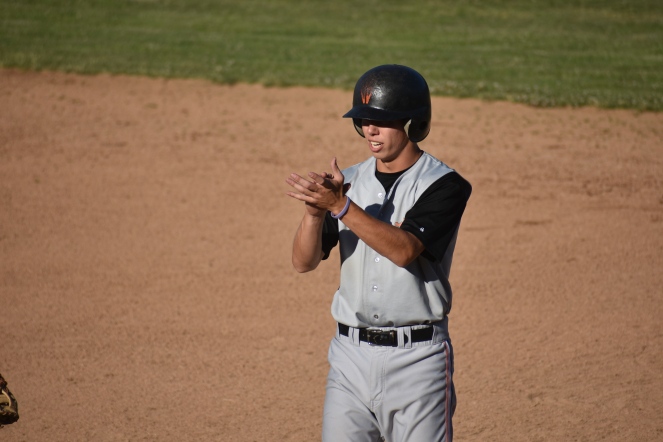 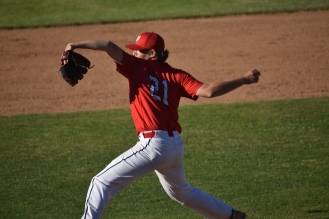 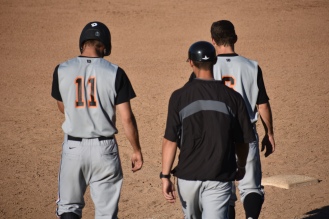 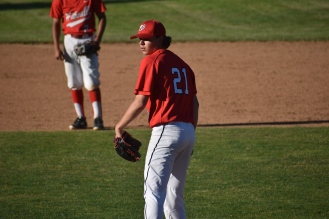 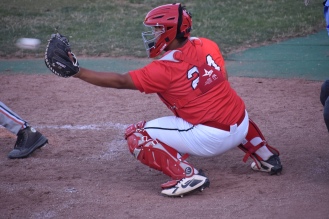 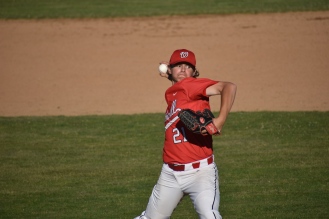 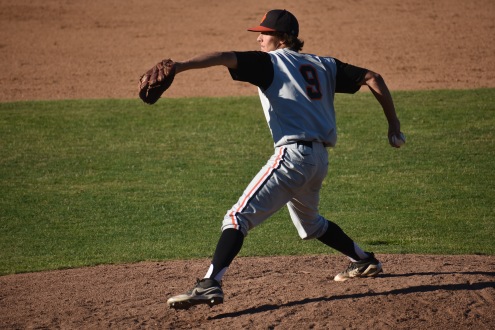 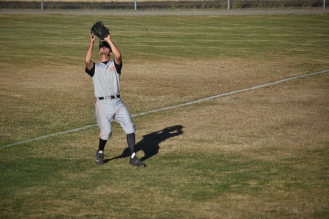 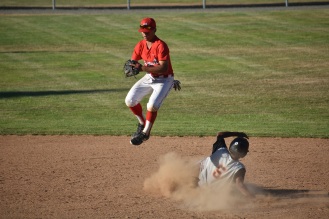 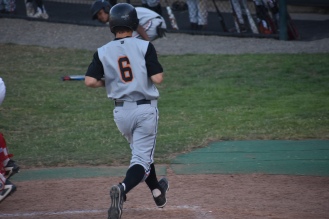 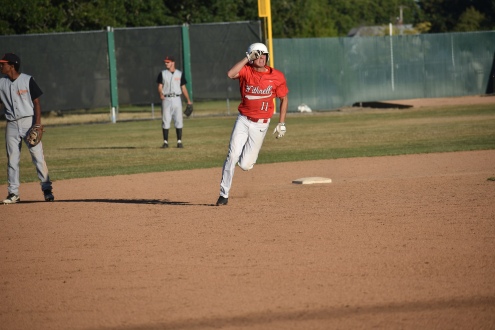