SALEM, Ore.–  Sprague seemingly were sailing to the second round of the playoffs Wednesday night when they turned a 12-all tie after the opening quarter with Willamette into a 27-15 and were sustaining a lead around 10 points throughout the third quarter as the Wolverines were finding a rhythm as they did in the opening eight minutes against the Olympians.

“We just got to forget what they’re doing you know, play our game and just keep on striving and finish out,” said Kobe Withers.

Willamette, the 28th seed in the bracket, was slowly chipping away at the 10-point lead built by the fourth-ranked Sprague squad in front of them.

The Wolverines got to to six with six to go, Teagan Quitoriano pushed it back to eight before Willamette’s Owen Cross cut it to 43-37 entering a Olympian timeout.

Coming out of the timeout, Withers increased the lead back to eight before a Wolverine three got it to five before it became four with 3:37 left in the game.

Quitoriano pushed it to 49-43 with two free throws with 3:05 left, Dylan Reichenberger got it to four again before Luke Burke cut it to two with 2:27 left.  Every time Sprague had a play, Willamette had an answer as Joe Brown put the pressure on the Olys to play smart when he hit a three to make it 52-50 Sprague with 36.1 seconds left in the ball game.

But that’s when the hammer came down in a sense as Jailen Hammer went 1-for-2 with 24 seconds to play to give the Olympians room if something strange happens on defense and they would have to go to overtime to settle the score.

“We just had to keep our composure throughout the whole game, when they started coming back, we just needed to focus more and pay more attention to the details,” said Hammer on the situation at hand.  “I was confident in our defense and I’m confident in this team.”

The confidence was there when they went back on defense with Willamette dribbling up the court and when Sprague met them with time trickling down like sand in a hourglass.  Needing a three to at least force overtime, Cross was the open man who made what looked like a clean shot that barely missed it’s mark as Hammer put Sprague’s 54-50 win to rest with a free throw with a second to go in the game.

This game was a good lesson for the Olys as they now prepare for a sharp-shooting Barlow (17-8, 11-3 Mt. Hood Conference) team that caught fire against South Salem in the opening round of the playoffs shooting the ball in their 80-61 victory over the Saxons said Hammer.

The time isn’t set quite yet, but it will be Saturday at home at Sprague High School.  And whatever the Bruins bring Saturday, Sprague will be ready for it.

“We’ll prepare and do the same things we always do and come out and have a great game,” said Withers.  “It won’t be any different than what we usually do.” 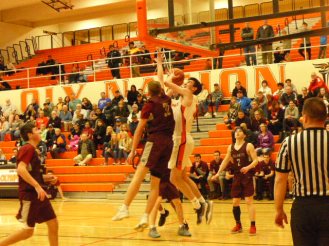 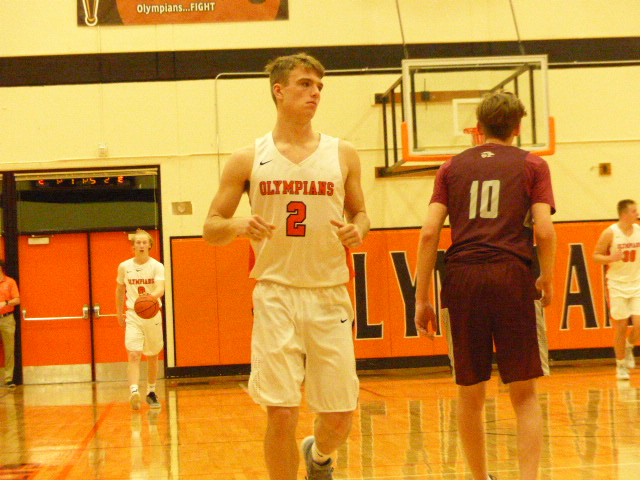 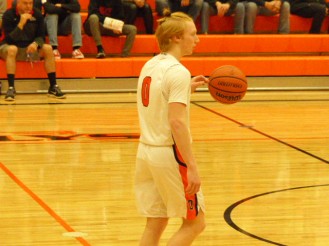 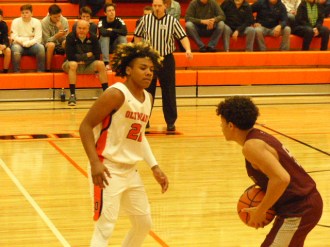 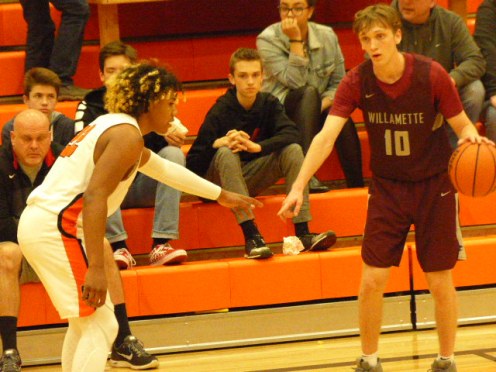 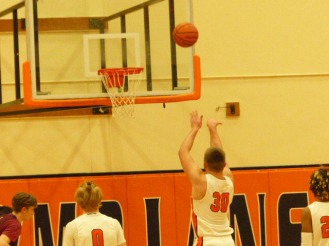 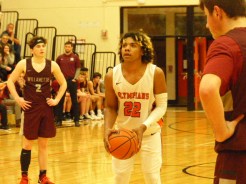 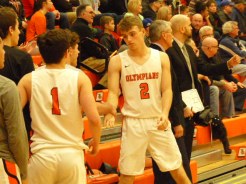