STAYTON, Ore.– The crowd and atmosphere was something like a play-in game for the Elite 8 Final Location for the North Marion and Stayton Boys basketball game.

The Huskies knew they were fighting for their playoff lives and wanted to come out strong.  The Eagles, they were neck-and-neck with Newport for the Oregon West Conference-lead with two-games left in the season as they honored their seniors.

The game tipped off and both sides went to town.  Jared Hauser drains a three late in the half that was matched by Stayton as both sides traded blows offensively and defensively with the Eagles leading 38-37 at the halftime break.

“It was pretty stressful, we had to just work and defense wasn’t impressive at first so second half we knew we had to come out and lock down because that first half we weren’t coming out committed there on defense,” adds Stayton’s Kaleb Anundi on the first half intensity from the crowd to the play on the court.

During a two-minute span in the basketball warfare was when Stayton did most of their damage as Anundi, who scored 21 of his 43 points in the second half, continued to carry his team as they began to put a cushion on their lead

“It got us ahead and we were up what 10 there?  And if we didn’t go on that stretch and those two easy baskets that they got after the steal, that could have put them back into the game,” said Anundi.

For the Huskies, who came into the game ranked 21st and trying to stay ahead of that 24 cut-off mark, the dry spell hurt as they kept battling trying to find one last spark late in the game against Stayton’s heel of the fourth quarter.

Henry in the fourth, scored eight of his 16 points in the fourth quarter that included cutting the game to six-points on a lay-in and a steal into another lay-in in the final minute of the game and almost cut it to three in the closing seconds with a step-back three that missed it’s mark as the Eagles milked the reminder of the clock for the 69-63 victory.

The win, keeps Stayton on top of the OWC Standings with the Cubs Tuesday on the road for the Championship.  There’s a nervous-excitement to it yes, but this is where they want to be.

“This is why we’ve been working…I don’t know, this is what we’ve been working towards and we’re finally here so we’re ready,” smiled Anundi.  “Just defensively first because if we don’t play defense then it’ll be a long night.”

North Marion knows too that they’re needing something big in terms of a win to keep their playoff-hopes alive with Cascade coming off a tough 68-59 loss to Philomath on their Senior Night coming to town.  They’ve been in these tight situations like Friday’s before and saw both sides of the coin with team-work and hard-work regardless of the result

And both Ensign and Grant Henry knows it’ll be a team-effort again to make it happen Tuesday night.  For themselves and for the seniors like Ensign, Andy Schmtiz, Bryce Lemon, Noah Vachter and Luis Nunez.

“I think for us, it’s knowing that we have one game left, we’ve been playing with the same group of guys since we’ve been really little and I think we need to play for our seniors and play for each other,” said Henry.  “Because that’s what we’ve been doing all season.

“Our seniors, we’re playing for our lives because that is what it is and the rest of our team is going to step up and have our backs and that’s how we’re going to have to head into this one,” continues Ensign. “Playing like it’s our last.” 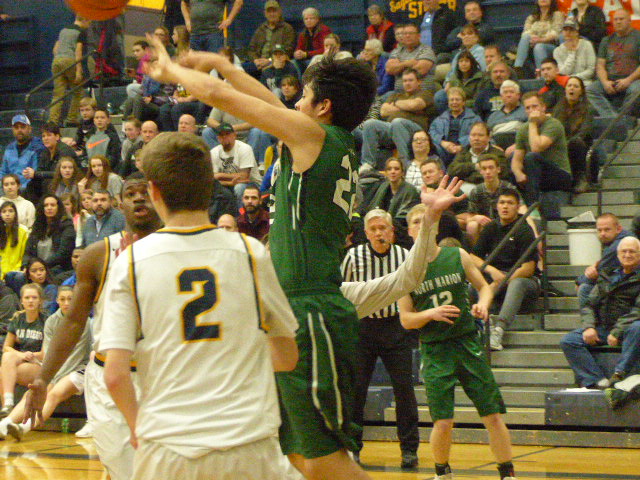 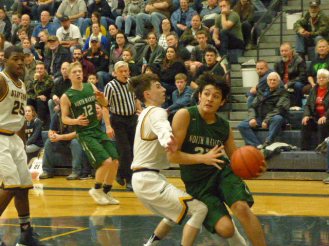 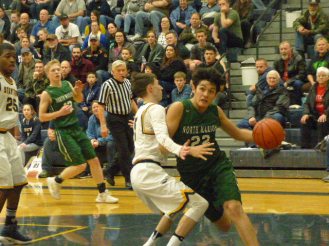 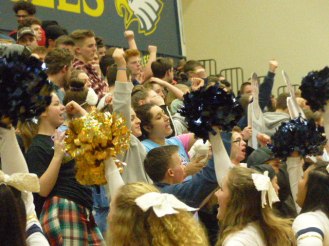 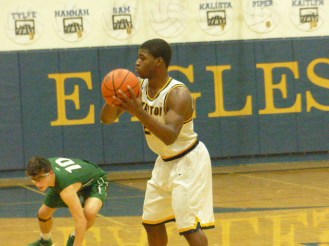 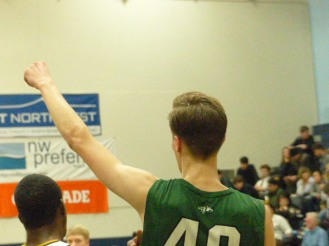 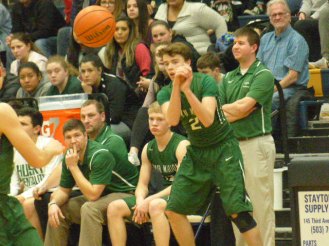 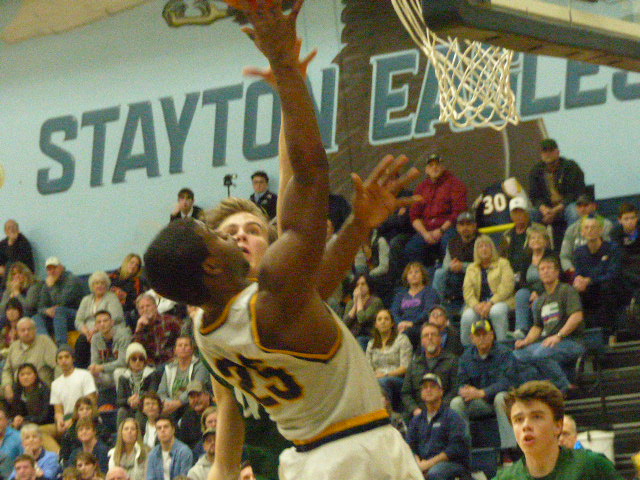 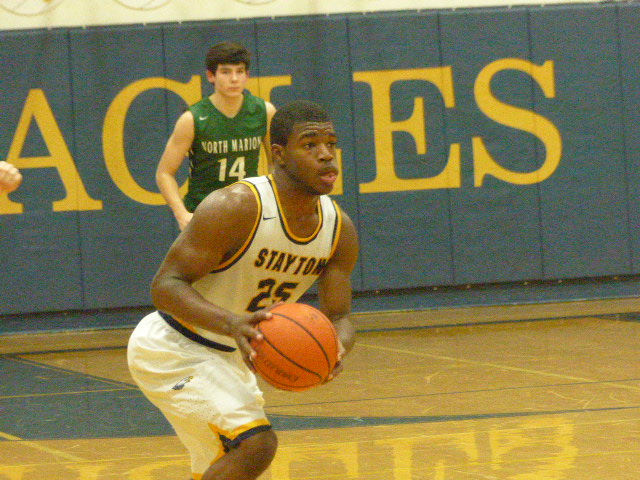